Tesla's Professional Detailers Give Me An Education 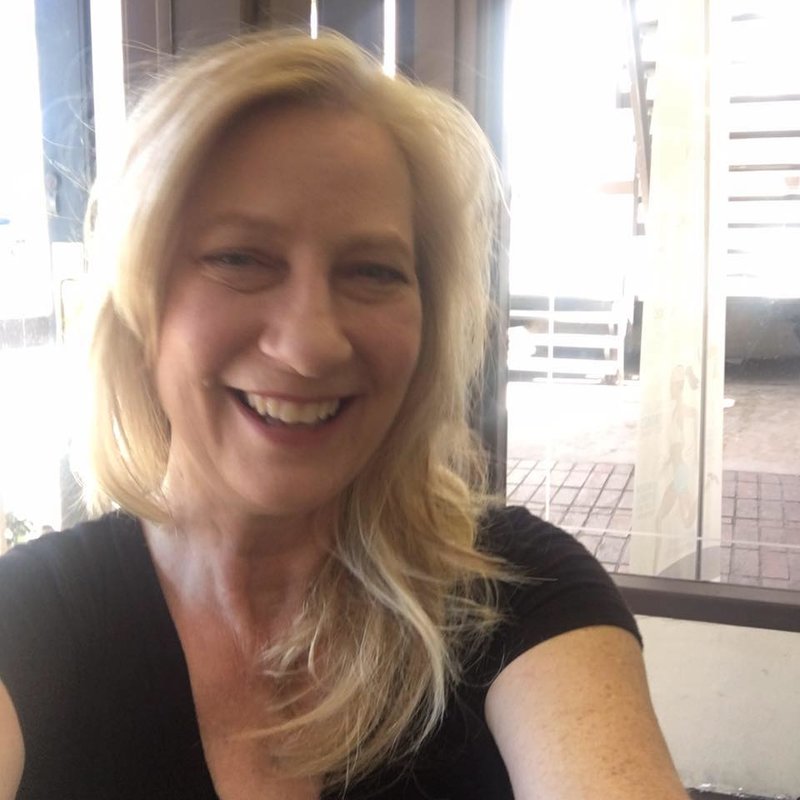 When “Ruby” entered our lives (our first, a P85 Model S) in 2013, I had no idea I would become such a Tesla fangirl.  Now, with a 6,000 mile road trip (and home movie) under my belt, social media @teslachick and plates to match, and the knowledge that my very own Yelp review of the Burbank Service Center was the first (rumor has it Elon circulated it in an internal memo!), I am now just your typical Tesla Chick – spending 20 minutes enthusiastically talking about my car to anyone who will listen while my kids groan “not again!” 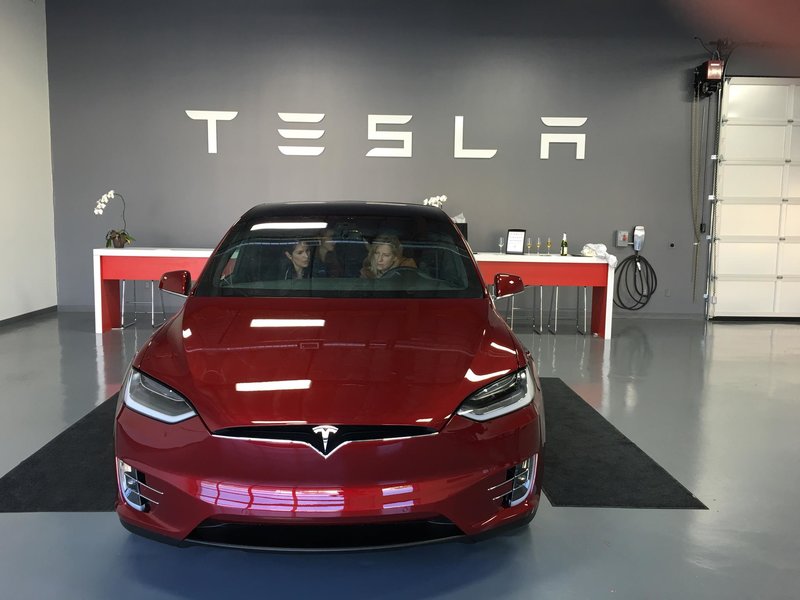 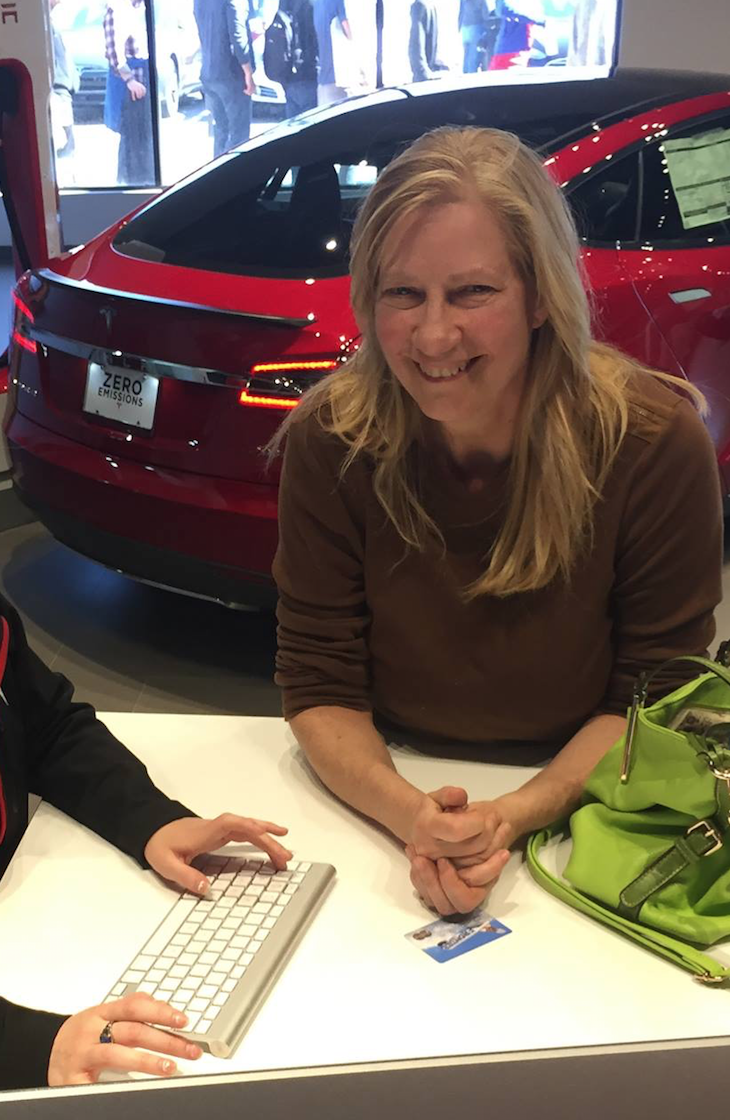 But now I have an admission to make.  I am not big into cars, and I hate washing them.  That’s right – I am the owner and promoter of a waterless car wash brand (TeslaChick.net) and, while I can’t stand the thought of those other guys touching my baby, I never seem to get around to doing it myself.  The truth is, I’m lazy (or perhaps just busy).  But I love my car and want it to look pristine, and I refuse to take it to one of those auto washes, with the wheel guides that scruff up the rims, the dirty recycled water and used, worn rags with scratchy edging, and the minimum-wage guys who don’t know their technique (scrubbing in circles!  Or worse - see photo below of poor Rhiannon - my second Tesla - the week after I got her.)

Also, I simply don’t have the time to spend making an appointment there during daylight hours (I am writing this at 3:42 am, if you get my drift).

This is why, when I learned about waterless car wash it was such a Godsend.  I can pull a bottle and cloth from my frunk any time and squirt and wipe the whole car, or just a part at a time,  without a big production of equipment and resources.  And I can quit any time I want without a big cleanup – just throw it back in the frunk.  I never would have trusted it to be safe (scratch-free) if it hadn’t been for the guys at Tesla selling me on it in the first place.  Yes, they sold me on it.  Better for the environment and better for the car – and effortless.  Let me explain: 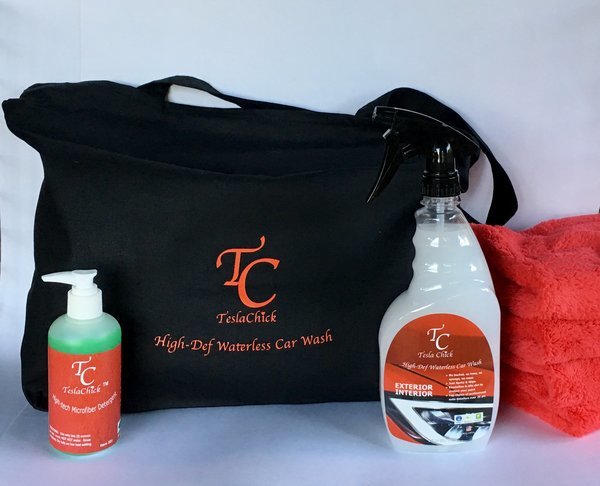 Back in 2013, the guys (and gal) at the Van Nuys Service Center used to serve free cupcakes (with a little red “T” logo in frosting) and give a free detail, every time I visited.  “Would you please check my tire pressure?”  “No problem, would you care for a detail while we top off your charge?”  I got to know the two detailers over there pretty well.  They cleaned the cars in a shady spot right out in front with no hoses in sight.  I practically yelled at them when I met them.  “What are you doing?! Aren’t you going to scratch it??”  Then they spent 20 minutes talking to me about waterless car wash – 20 minutes with that same pride and enthusiasm I used while talking about my car.

These two guys (and I wish I could remember their names) were professional detailers for years before being hired by Tesla.  They still freelanced at high-end dealerships (including Jaguar & Porsche) and car shows.  They said they had switched years ago to Waterless, and that detailers all over Los Angeles were  doing the same.  It’s not new.  It’s been around for 25 years – the same organic formula is pretty much used by detailers all over town, with various labels, colors and scent formulations (mine is white and odorless).  It’s faster, easier, and lubricates the dirt better than traditional detergent and water.  And best of all, no additional waxing is needed – it does everything in one step.  I had heard this before—some guys were trying to sell it to me at a gas station once, but coming from these pros – the guys my Service Center trusted -- I was finally sold.

Using the product is as simple as spray and wipe.  There are just a few techniques they told me to be mindful of.  They suggested to only clean one panel at a time so I wouldn’t lose my place, to work from the top to the bottom (well, duh, I guess you could figure that out—the rims are definitely the dirtiest!), and finally, to fold the cloth in quarters and wipe always in the same direction with it.  This is the technique I mentioned earlier.  By using only one side of the cloth and always stroking in the same direction, I was lifting the dirt up into the fibers on the cloth’s leading edge, never grinding it in as a circular motion would do.  After each stroke, I could adjust the cloth a little, so the still-clean part was what I was pressing against the car.  Once that side of the cloth is covered in dirt, just flip or re-fold to a new side.

The guys also told me their secret is in the softness of the cloths, which will be ruined if washed with standard detergents or fabic softeners (counterintuitive, I know, but It coats the fibers and doesn’t rinse clean).  They also said it is very important to wash in warm NOT HOT water as the tiny synthetic fibers will melt and fuse. 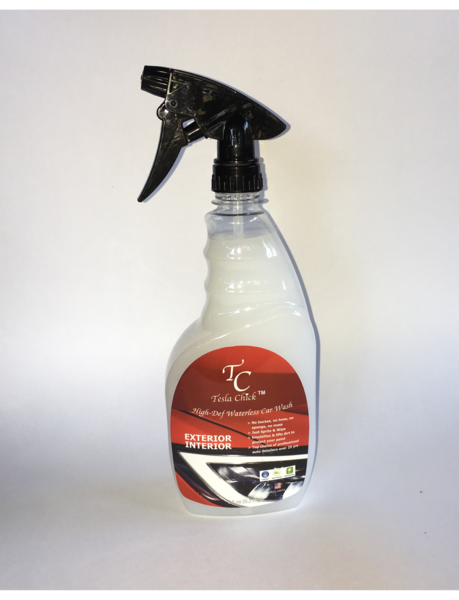 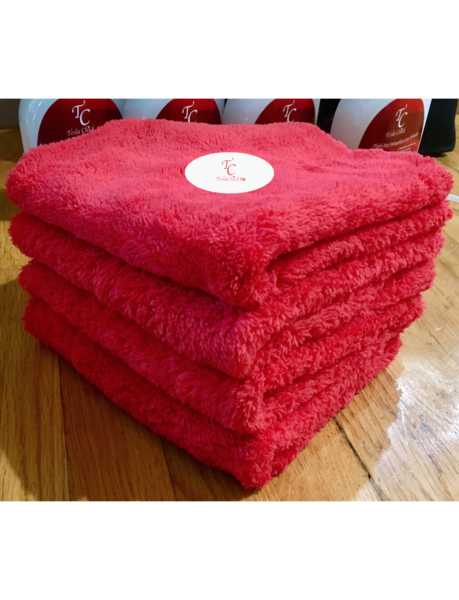 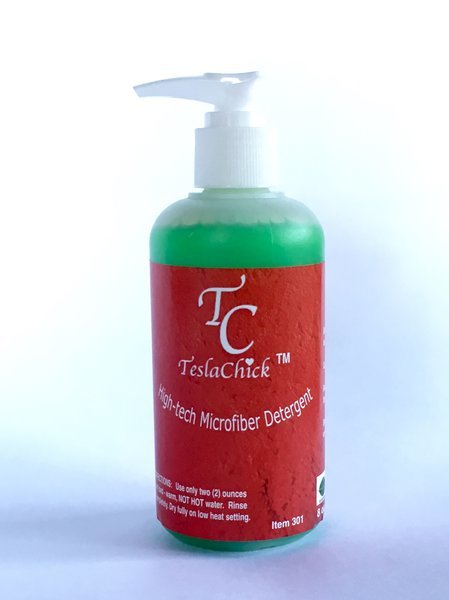 At their urging, I hunted down their source and bought bulk containers of the same supplies.  Ok, embarrassing as it is, I didn’t believe them and skipped the detergent the first time – don’t do it – I ended up shelling out another chunk of money for new cloths (now the first set are in the rag bin).  It really isn’t that hard to squirt a little of the microfiber detergent in the machine instead.  I got tired to wishing I had my supplies with me when I had time to kill (like at the Supercharger), so I put together a frunk kit for myself.  Now I wipe down a little while waiting to pick up from scouts, a little before leaving for carpool, etc. and it fits my lifestyle.

I sell frunk kits for new owners, old friends, and pretty arrangements as gifts (that’s right – the Holidays are coming already!)  But I’m going to have to change my advertising – I claimed to be the only one to ever touch my car, and now it’s no longer true.  I called a mobile detailer service recently, when I really got fed up with leaf litter and needed an interior vacuum, and was just not feeling ambitious.  I asked the guy who came to my house, “Could you possibly use only waterless car wash and my microfiber towels, they’re really high quality and I am really picky.”

Ready to try it? - Shop Now